What to automate in social media marketing – and why?

Where do ads appear on our social media feeds? What is behind every Facebook or Instagram ad, every image selection and every action prompt? An digital advertising professional? Not always.

Algorithms and artificial intelligence have long decided what to bring to our eyes, but the ads shown have largely been handcrafted. Advertisers have made a number of ad sets and targetings for their Facebook campaigns, and even more ad versions, which Facebook algorithms and artificial intelligence will plug into users’ screens based on their own optimization rules.

Little by little, however, social media advertising has also become a field of automation. It has by no means made advertisers redundant, but automation enables more accurate, real-time and relevant advertising on the platforms where we spend our time. Human hands and brains are still needed to build automations, because although there are also AI-enabled services for the production of product descriptions and promotional texts, especially Finnish-language advertisements still require natural language experts.

Why am I automating?

Automations used in social media advertising facilitate daily and often very mechanical creation work, so we can move away from facebook’s ad tool interface. When using automations, we do not have to throw ourselves at the mercy of artificial intelligence and algorithms, but we can accurately determine what happens, when and when the threshold is exceeded.

Advertising platforms such as Smartly.io often offer terms and rules in their own right for use in publications. In addition, automation can be powered by a source of information on the public internet, e.g. a public internet source. Google Sheets or Airtable, which make it easy to edit a data source, for example, because you don’t have to give editors permissions, for example. e-commerce platform or ERP system. A data source can be a json, xml, or csv file that is published from backend systems, or it can be created manually and retrieved from the data it needs, or it can be a combination of both, a file dedicated to advertising, to which some of the data comes from backend systems, and some from elsewhere or manually entered. If necessary, access to the data source can still be secured through various levels of authentications, so that only URLs cannot access the data.

What am I automating?

Two levels can be distinguished from the automation of social media advertising:

Next, let’s take a closer look at what kind of tricks can be done with these.

So the automated ad is created “by itself”. However, the tools can accurately define even at the word level which texts are used, which image is selected for the ad, and what titles are in the ad.

The visual appearance and text content of an ad can be controlled by extracting selected columns from the data source based on the ad id. For example, if you have a product catalog where each product item has its own line and unique identifier, you can create separate ad text in columns for cold and warm targeting. Similarly, you can set the discount percentage to be added to the image if the difference between the list price of the product and the sales price is above the given limit.

Automation calculates the discount percentage and adds it to the product image in its own bar, so it is enough just to update the sales price below the list price to promote the discount product. You can also use the same function to create your own sales campaigns that select products that, for example, have a discount percentage of at least 25%. Handicrafts to create such a campaign only require the first configuration, after which simply updating the sales price of the product is enough.

Google Sheets’ computing capabilities allow for very advanced “intelligence” in a relatively easy-to-read interface if needed. Using Sheets to maintain texts and images also allows responsibility for advertising to be shared with those who otherwise don’t need access to Facebook’s ad management, for example: the lunch restaurant’s shift manager can update the menu and portion photos of the week in advance to Sheets without having to sign in to Facebook’s tools.

The greatest benefit of automating social media ads comes from actual handicrafts, as ads need to be created, targeted, timed and budgeted, and each step involves a fully liable possibility of error. When these variables are driven from the data source, we can see at a glance, for example, the times on top of advertisements. In addition, the data source can set up daily and total budgets at the campaign or ad set level in its own column, giving Facebook a budget directly from the data source.

We can build rules based on prevailing weather conditions, for example in sunny weather, advertisements for ice cream kiosks will be displayed in a certain postcode area, whereas with rainy weather the ads would not be shown.

We can also create an ad that is constantly on for the lunch restaurant, updating google sheets to update the lunch menu of the day according to the restaurant’s opening hours. On the other hand, we can apply to Sheets for a stock price or index of a particular share, and if it exceeds (or is below) a certain limit, automation will start the ad screen. The use of terms and data to be integrated is only an imaginary limit.

Is everything worth automating?

In social media advertising automation, the greatest benefit is that we can create a large number of ads for a long time to come without each ad needing to be built separately by hand. This saves time for writing even more punchy promotional texts and slashing arresting images and videos.

However, if each of your ads is completely different or you focus either on brand advertising, automation may not be a shortcut to happiness. Automation is at its best when there are a lot of items to advertise, you want to take advantage of a consistent look (so-called image and video templates) and you need more fine-10 management than the “turn on and forget” strategy for advertising.

+ product ads and promotions for your online store

+ ads that are often similar but play with changing content

+ advertisements based on e.g. weather conditions, exchange rates or any other variable that you can get from an external source 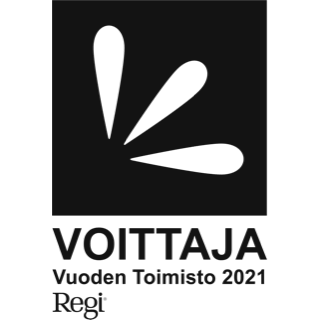 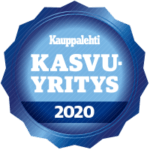